The Gaudium School, Kollur Hyderabad launched its first-ever “The Gaudium Annual Badminton Championship” in association with Pullela Gopichand Badminton Academy, Affiliated to Badminton Association of Telangana today in its Campus at Kollur.

The event was inaugurated by Dr Satyanaryana Chavva founder and Chief Executive Officer of Laurus Labs Limited, which was graced by Mr Nityananda Reddy Garu, Chairman The Gaudium Group and Co-founder of Aurobindo Pharma Limited and Mr Ramakrishna Lingireddy CEO, The Gaudium Group.

This open tournament which started today 11 Sep 2021, will go on for 4 days to be concluded with winners on 14 Sep 2021. The first-ever announcement of the Tournament attracted 520+ entries from across 6 states, AP, Telangana, Karnataka, Kerala, Maharashtra and Tamil Nadu in various categories like Men’s Singles, Women’s Singles, Men’s Doubles, Women’s Doubles and Mixed Doubles categories. Today a total of 260 matches were conducted.
In this knockout tournament, prize money of Rs,100,000/- is announced across all categories. 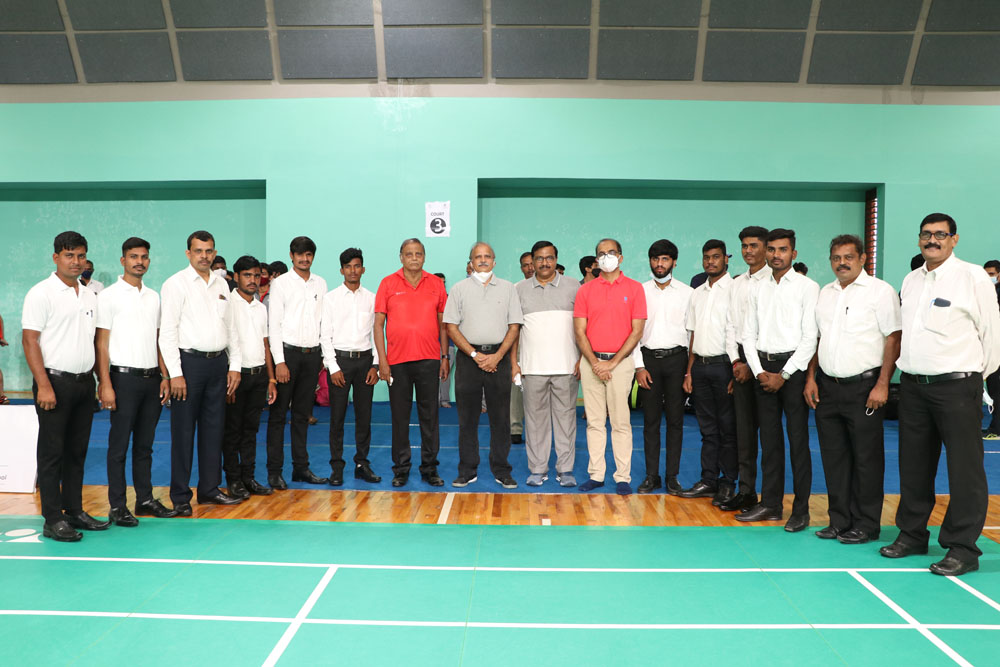 About the Author: The Gaudium

Can education move from merely imparting knowledge to showing how to apply that knowledge? Can we as parents move from mindless test-scores to a more meaningful method of evaluation? Can a child be taught to recognise and create value in everything he does? These were some questions that inspired The Gaudium. Gaudium means ‘Joy’ in Latin. At The Gaudium, we will help each child find joy through the core values of Integrity, Perseverance, Compassion, Appreciation, Humility, Respect and Tolerance.