The goal setting session was conducted by the School Counsellor Ms Sukanya Das wherein the students not only learnt about the tools to design their plans but also how to set Specific, Measurable, Achievable, Realistic, and Timely goals; the SMART goals in order to achieve their hearts’ content.

Ms Das defined the term SMART goals in a manner that would make the goals easier to achieve. She spoke about the specificity of the goal, along with its measurability, and achievability, its realistic and timely nature. She stressed that this acronym is designed to ensure that no goal remains unachieved.

Ms Das presented a mind map of goal setting where she stressed on six things – plan, direction, courage, target, belief, and execution. From the mind map we moved to understand champion strategies planned and executed by eminent personalities like Saina Nehwal, Ajit Doval and K Sivan. Students see the diversity in choosing these personalities and how all of them had only one common thread among them – they had set their goals quite early and worked tirelessly towards achieving them. 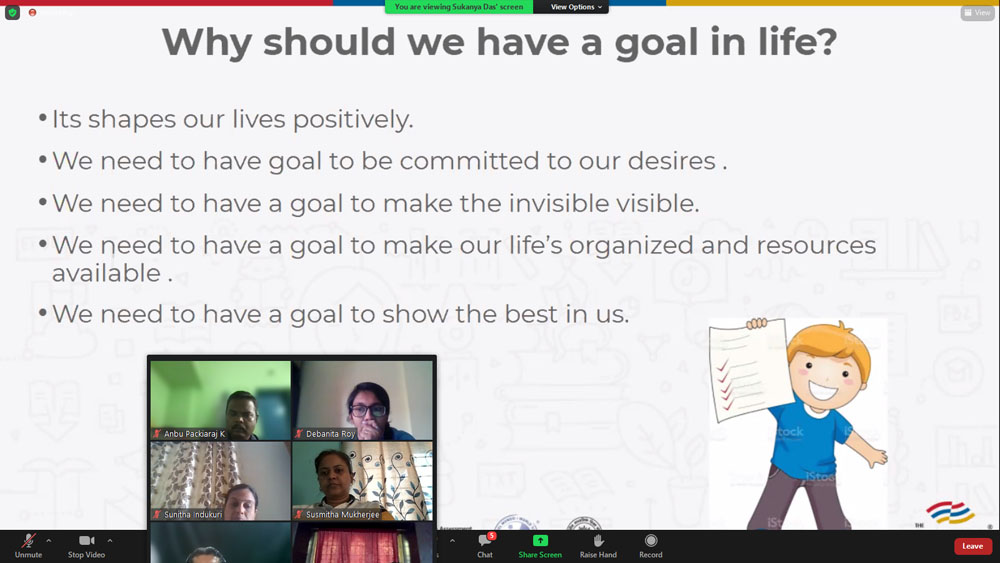